Now going into its eighteenth edition, Magma – mostra di cinema breve has so far examined over 7.900 short films coming from 79 countries of the world, reaching a total attendance of about 14.000 festival goers and standing out as one of the best short film festivals in Italy. In addition to the international competition, the programme offers special sections devoted to producers or distributors of the short film. In contrast to bigger Italian film festivals, Magma has always focused on the short film, considering it as a separate art form, as a format allowing the experimentation of new styles and the creation of new trends, the presentation of works from both first-time amateurs and established directors.
The festival offers a chance of visibility for high-value works that are often precluded from the main distribution channels.

Based in Acireale, the creation of Associazione Culturale Scarti was inspired in 2001 by Lorenzo Vecchio, to whose memory the Festival Grand Prix is dedicated. From the very beginning, the association has aimed at cultural promotion, giving special attention to cinema and visual arts. Through Magma, its members – many of whom now live outside Sicily – continue to develop a project which for sixteen years has been contributing to increasing the value of the local area by showcasing the most outstanding international short film talent. For over ten years, together with other local associations, Scarti has been running the youth centre Mistero Buffo that offers a wide range of activities.

Since 2013 Scarti has started to make short films again, mainly focusing on documentaries about the history of Sicilian culture and folklore. After Suoni D'OC, the Sicily Folk Doc project was born, and right now it consists of A lu cielu chianau (2015), Il giorno del muro (2017) and Acquasanta (2018). Up to now, the project has won an overall number of fifteen awards in Italy and abroad, including festival prizes and special mentions. 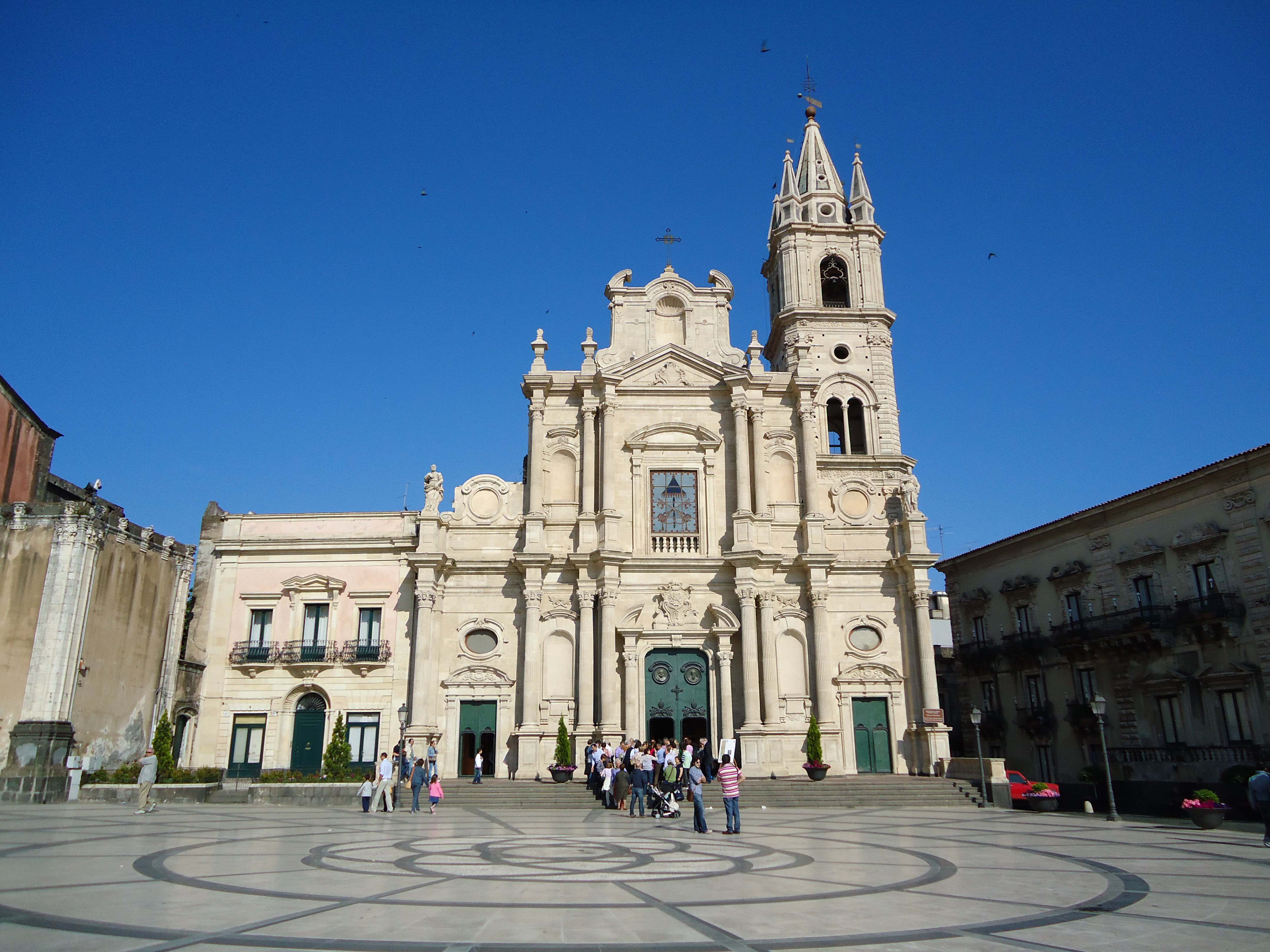 The city overlooks the Ionian coast from a lava promontory called La Timpa (150 meters above sea level). A walk through its nature reserve will take you from Acireale to the Fortezza del Tocco, through the "Chiazzette", an ancient and picturesque Spanish path, down to the small seaside village of Santa Maria La Scala. In addition to the pretty villages scattered all around, the coast is characterized by the cliffs formed by lava.

Walking through the historic centre, you can admire Piazza del Duomo with the facing Cathedral, the Basilica of S. Pietro and S. Paolo, the Town Hall and Palazzo Modò. The Collegiate Basilica of S. Sebastiano is recognized as a national monument and it's also part of UNESCO heritage sites. The interior has a Latin cross plan and contains some splendid frescoes by Paolo Vasta.
Acireale can be reached both from the A18, the motorway connecting Messina to Catania, and from the Ionian State Road 114. The nearest airport is Catania International Airport, the train station is located south of Acireale.